Start a Wiki
Secret of Evermore is a game released by Squaresoft in 1995,never realesed in japan,for the Super Nintendo Entertainment System featuring a young boy and a dog as its main characters. The game features several cameos by Final Fantasy characters, namely Cecil from Final Fantasy IV as a secret NPC (Non Playble Character); Terra, Locke, Strago, Mog and Umaro, all famous from Final Fantasy VI, standing in the crowd at the coliseum and finally, an item called the "Chocobo's Egg". Art by Daniel Dociu. 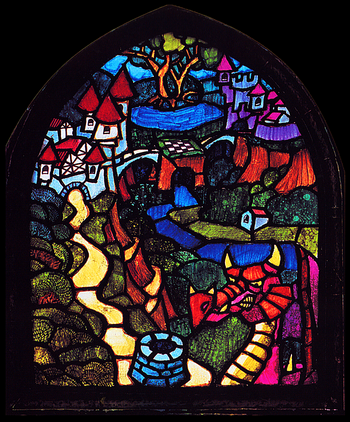 The storyline was set on the two main characters, who accidentally get involved with a mad scientist and sent back into time. The style of the game is slightly like Secret of Mana. The goal of the game is to get the boy and the dog back to their own time.

The hero of Podunk

Carltron
Add a photo to this gallery

Logo.
Add a photo to this gallery

Retrieved from "https://square.fandom.com/wiki/Secret_of_Evermore?oldid=10974"
Community content is available under CC-BY-SA unless otherwise noted.